skip to main | skip to sidebar

It's Mayday! Saturday, May 1, and I and a friend set off in the direction of Lyons, NE to visit the Lyons Regional Antique Telephone Show, jointly sponsored by the JKL Museum Of Telephony and the Telephone Collectors International Society.

It's an easy drive from Omaha. We stopped and had breakfast in Fremont and arrived at the site before noon. 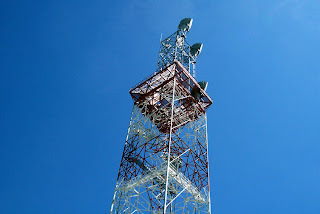 The show site is the former AT&T Long Lines 'Hardened' Lyons Communication Center, built to withstand a nuclear blast and then some. The site is very easy to find. Just drive in the direction of Lyons, and look for the tower. ;-) 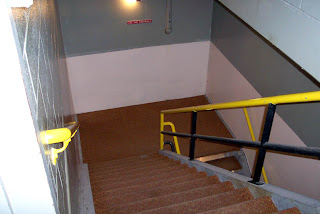 As a reformed phr^H^H^Htelephone enthusiast, I thought my days of 'underground' phone business were over. WRONG! 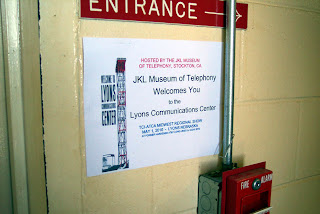 The show was, literally, three stories down in a blast-proof bay. 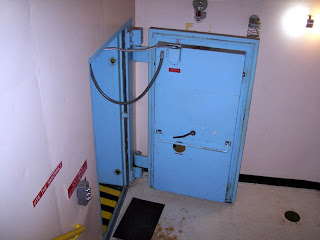 The huge blast door was open for the occasion. 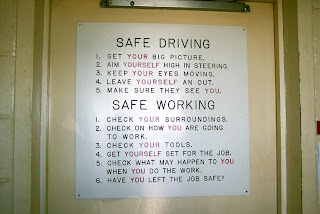 The facility is, literally, a cold-war vintage communication center. 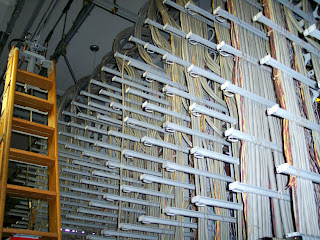 Most of the equipment has obviously been removed, but the remnants of what appear to be a MDF remain. 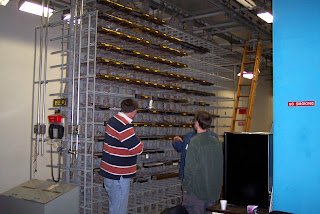 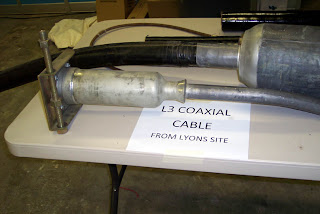 As well as a few items on display.

On my personal 'wish list' were a few specific items: 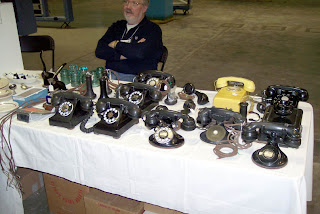 I must admit that most of what I saw at the show was 'good junk', as opposed to 'junk junk', as most of those showing/selling stuff appeared to be sincere collectors and not obvious rip-off artists.

I was able to score a restorable 202 with a good condition dial and E series handset, and a very good, but obviously repainted 302. Two out of four ain't bad. ;-)

Let's take a look at a few things I wanted, but did not buy. 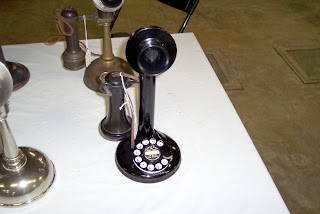 There were a few nice original WECO candlesticks, with dial, and cosmetically and mechanically good or better. 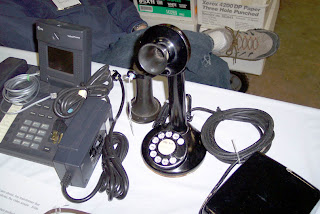 However, the price points were just far more than I was willing to pay. :-( 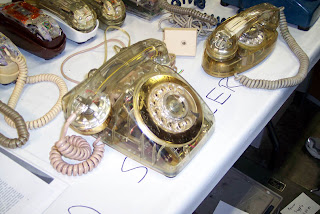 There were some very nice clear sets, this one being an AE Monophone, 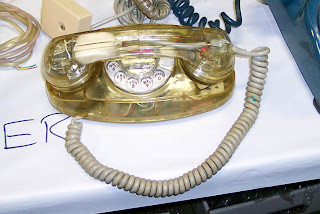